Jim Ross has been involved as a volleyball player, coach, or board member since picking the sport up in Graduate School in Greensboro in 1980.  As a player, Ross was co-captain of the Greensboro Black men’s USVBA team.  His team won numerous indoor events throughout the Southeast, and Ross was named to the Men’s Open All Region team in 1985 and named to the North Carolina All-State team on several occasions. While living in Connecticut, Ross played both Outside and Middle Hitter positions for the team that won the Gold medal in the 1989 Nutmeg State Games.

Ross also competed successfully throughout the Southeast in Doubles and Triples tournaments during his playing career.  He also served as the Men’s Player Representative to the Board of Directors for the Carolina Region until 1987 when he moved from the area.

Ross has been coaching junior players since 1981 at both the high school and club levels. He returned to NC in 1996 and has been active with the board of directors since that time, first as the JR Players Representative, and more recently as Secretary to the Board of Directors.  He believes in a philosophy of continuous learning as a coach and player.

KristaMcGivern has a wealth of experience in Athletic Administration having served on many boards such as the National Youth Sports Coaches Association, ASA Softball, Babe Ruth Baseball and served as Chair of the Athletic Directors for the North Carolina Parks and Recreation Society to name a few. Her past work experience outside of what she does for the North Carolina Volleyball Academy allowed her the opportunity to certify, supervise and train coaches and officials, write and implement athletic sport specific policy & procedural manuals and write and interpret rules and regulations. She has extensive experience in dealing with parents and the general public in addition to programming athletic leagues and operating tournaments at regional, state and national levels. She is currently an Administrator in the Wake County Public School System and spent 20 years as Director of Parks, Recreation & Cultural Resources. 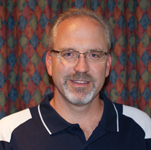 Dan Colleran has always enjoyed the sport but just played and coached at the recreation level. His kids got into the sport at a young age and volleyball has been “THE family sport” for his son and two daughters since. All three played high level/travel club ball, and his son is a current volleyball coach.  He has a passion for the game and knows it well from the family perspective which he sees as an important perspective for the Carolina Region.  He has served as Treasurer on the board since 2011.