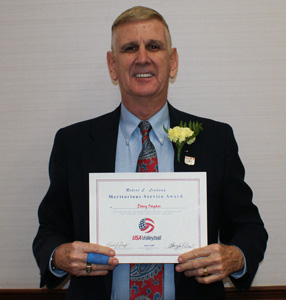 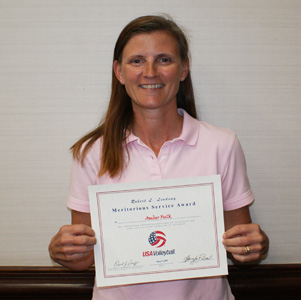 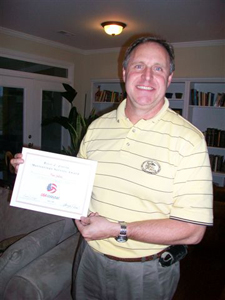 * Doug Fagan - Doug is a National Official that has given many clinics throughout the years. He has been a tireless official at tournaments throughout North Carolina and the country. * Amber Fulk - Amber has been a player in the Carolina Region for many years. She has served on the Carolina Region Board of Directors since 1998 in the role of Women’s Player Rep, Secretary, and Treasurer. She is an International Qualified Scorekeeper and has given many clinics in the Region. * Tim Gabel - Tim is a coach for the Triangle Volleyball Club. In 2008, Tim took the lead role in revising the Carolina Region’s guidelines and policies on Recruiting and Tryouts. * Richard Garry - Richard is a Club Director for the OSIMA Volleyball Club out of Oxford. He has hosted multiple tournaments for the Carolina Region for the past three seasons.

If you would like to nominate someone for a 2010 Meritorious Service Award, please contact the Region Office. Any person or group that works to promote volleyball in some way is eligible.