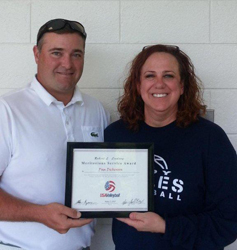 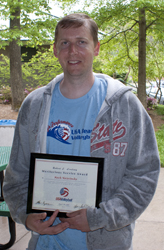 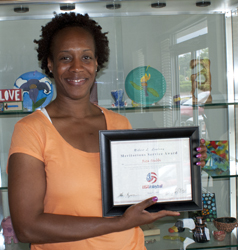 * Pamela Dickenson – Pam served on the Region Board of Directors from 2003 – 2012. She began as Women’s AA Representative and when the Board restructured in 2006, she became the Women’s Players Rep. Pam has been an indoor and outdoor player in the Region for many years.
* Sheila Holloway – Sheila served as the Carolina Region High Performance Director from 2008 - 2012. She brought many changes to the Program and helped push the program to reach more areas of the state. She also helped form new junior clubs and helped form some adult teams.
* Mark Nalevanko – Mark has been instrumental in the growth of junior beach volleyball in the Carolina Region. He helped establish the Carolina Region Junior Beach Tour and currently serves as the Region Beach Director. In 2013 Mark successfully established, promoted, and grew a High School Sand Volleyball Club program in North Carolina that is already quite popular and looking to expand in 2014.
* Rita Stubbs – Rita is the founder and Club Director for Club Red VBC out of Raleigh. Rita served as the Junior Player Rep in the 2010/2011 season and currently serves on the Region Board as Secretary. Rita has been involved in the Region High Performance Program and run several tournaments for the Region.

If you would like to nominate someone for a 2014 Meritorious Service Award, please contact the Region Office. Any person or group that works to promote volleyball in some way is eligible.